Memories of the Bar-None Motorcycle Club

Unofficial time trials in the desert with competitors (on occasions 150 at a time), using their W.D. motor cycles, led in May 1944 to a group of dispatch riders and motorcycling enthusiasts deployed near Cairo deciding to form a forces motorcycle club with membership open to all ranks with “no-one barred” – hence the club name.

The Army saw these time trials as instructive training aids for dispatch riders to improve their riding skills. With W.W.II reaching its conclusion, the Army top brass were actively encouraging the formation of formal clubs to occupy the many soldiers who could have found less appropriate ways of spending their spare time. The club spread all over the middle east and UK with members as far and wide as East Africa, South Africa, Canada and New Zealand.

The original bikes used where salvaged Allied and Axis forces motorcycles modified and adapted for use in trials, scrambles

The original club badges were cast by R.E.M.E workshops in metal recovered from crashed aircraft.

The various branches continued after the hostilities were over, with the last one at Altringham Cheshire England closing in the 1970’s .

David Campbell’s Membership Card and receipt for the Altrincham Branch 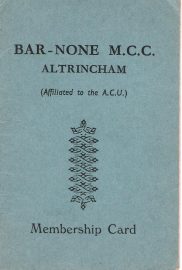 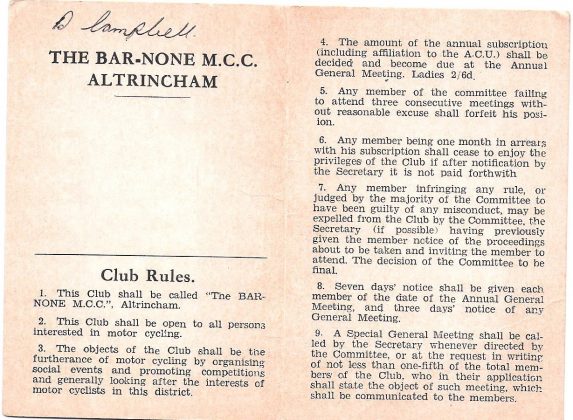 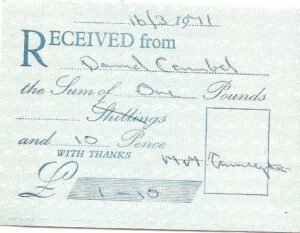 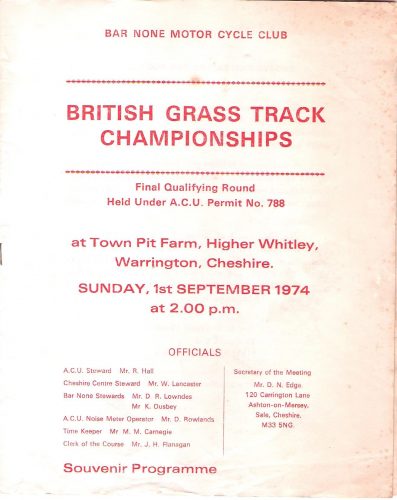 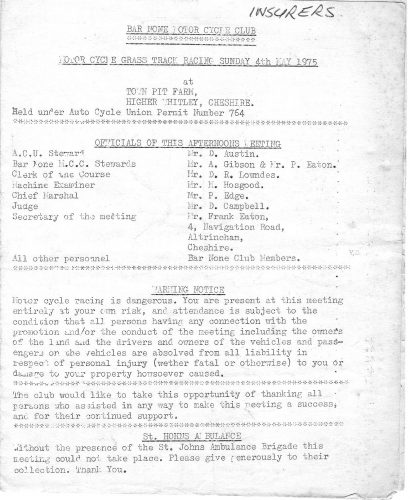